While things may seem to have slowed down a little on the micro 4/3 front it seems that at least one maker of adaptors is iteratively developing his line of adaptors.

As it happens my first adaptor for my G1 was the FD adaptor. The first one was a simple affair which just did the functional job of allowing me to put FD lenses onto my G1. Mounted using this adaptor they could focus and had (manual) aperture control. Don't forget being manual focus lenses they focus manually too ;-)

I wrote a post about that first one here and then wrote about the updated "second series" one here.


Back some time ago there was a discussion that the Rayqual adaptor had a "mask" in the back of the adaptor to shield the internal of the camera from the extra light that would be falling around when using adapted 35mm lenses.

If this is a new idea to you, then essentially its about the concept that the image circle of 35mm lenses will be way larger than the 4/3 sensor.

If you look at this diagram I've drawn in blue the tightest circle that a lens can throw and evenly illuminate a 35mm frame / sensor (which I've indicated in blue). As you can see this is way larger than needed for the 4/3 sensor (and a reason why I'm very interested in a tilt adaptor for the 4/3 system as there is plenty of coverage).

As it happens having all that extra illumination in there has the potential to increase the amount of internal reflection and thus reduce the contrast of the lens by having stray light reflecting around in the area between lens and sensor. Its the reason (incase you never thought of it) that the area behind lenses in SLR cameras is painted black.

I never thought it was an issue, but didn't give it much more thought before that discussion. I wasn't about to pop the bucks for a Rayqual adaptor, so it was essentially a question I could not answer ...

Well, when I saw that Ciecio7 had a new adaptor out which had just such a mask (like the Rayqual one), I asked if he would send me one for evaluation, which he very kindly did.

So I thought I would compare his "series 2" with this new one (should it be the series 3?).


couldn't see any difference in images, but the adaptor is really nicely made. His stuff gets better every time I see one.

This in itself is a good thing and I personally prefer this adaptor over any other I've tried.


The first thing which bears a mention is that this new adaptor is not just a series 2 with a mask added. Its subtle but there are other differences. Clearly he's been making a few tweaks to the design.

The first thing I noticed when putting the adaptor onto the lens was that he's snuggled the "grip" area closer to the lens. 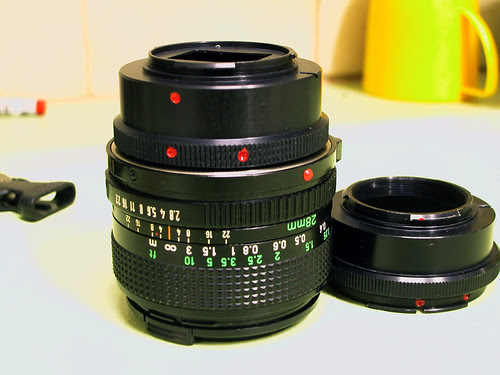 which becomes clearer when you compare this to the series 2: 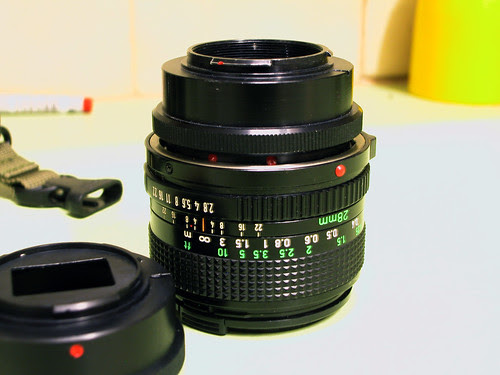 It does make the adaptor look much nicer now.

It helps to cover up the back of the FD lens attachment system (which is normally mounted hard against a camera), this is something I made reference to in my first review of these adaptors. It may be a point of entry for dust, but at that time felt it wasn't anything to get worked up about.

The new adaptor has the alignment dots on the outside and they're nicely placed. The extra dots on the case make it easier to align the adaptor to mount it and the lens. I see that he has now added a youtube video of how to do this on his ebay site so I didn't have to do that one myself.

Anyway, back to the adaptor. 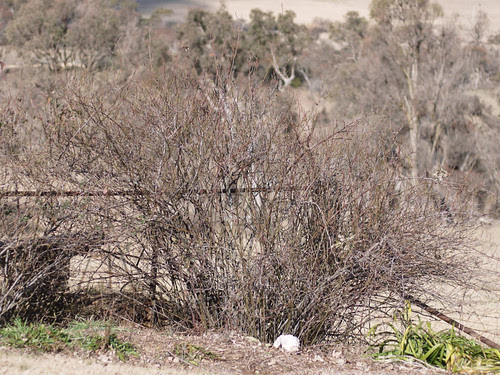 And two 100% samples from it. The taking conditions are outside in full sunlight, with the lens well shielded from stray light. 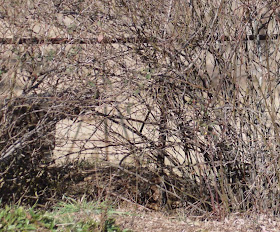 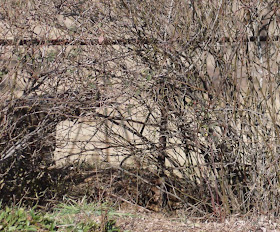 I had thought to find some more difference than I did, but I didn't ... so as the old saying goes:


Well the first thing which comes to my mind is that there is perhaps very little internal bouncing around inside the micro 4/3 "mirror box" in the first place .. probably because there isn't one! 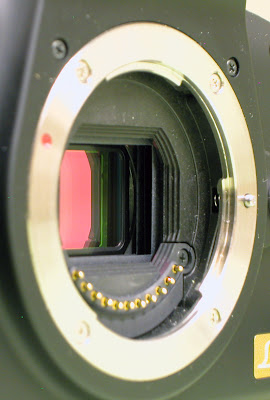 I mean you can probably go grab your micro 4/3 camera and look, but as you can see here from where the lens or adaptor mounts onto the camera there is only a few mm for light to bounce around in.

There is a nice stepped area around the shutter (reduces reflections) and very little other opportunity between the sensor and the back of the mount.

So if there is to be any light bouncing around in there it will most likely have to be between the back of the FD lens and the inside of the adaptor.

This is where the Ciecio7 adaptor perhaps has an advantage.

The first series of the Ciecio7 and most of the other adaptors use a simple pin to engage the lens's iris engagement pin. However from the second series the Ciecio7 uses a gap in an internal system which is essentially a baffle. 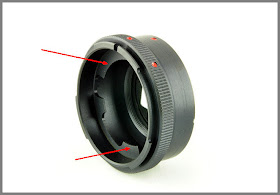 Apart from a few gaps to allow lens components in it essentially is a baffle that runs around the interior of the lens.

Mask (shown here) has far less to do than similar items on the backs of 35mm lenses. 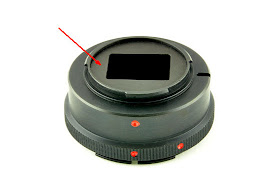 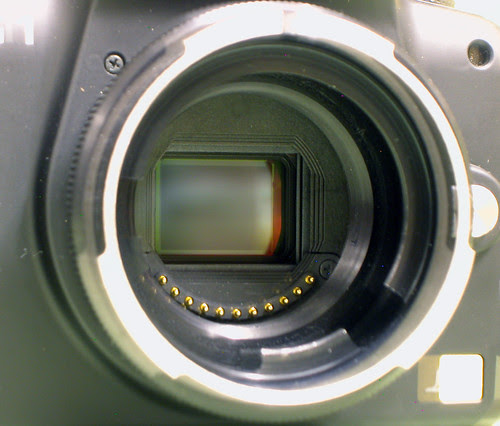 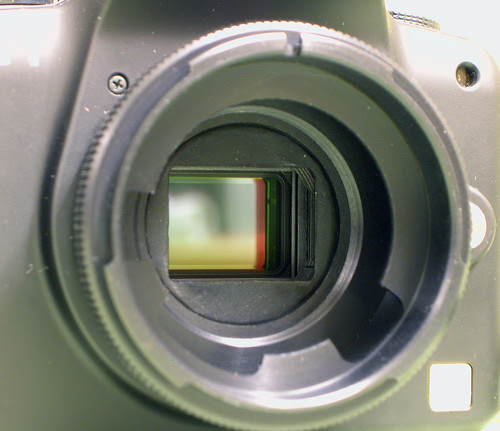 So looking at them like this it seems that there really isn't much for the "mask" do to in cutting down on internal reflections ... is there?

So, what's the advantage? should you buy the new one?


If you already have the series 2, then probably no. If you don't have an FD adaptor or are after another one, then this adaptor is one of the best made you can get on the market for any price. Compared to many other adaptors its carved from a single billet of alloy and you won't be getting any issues of screws being or coming lose (as I had on the RJ Camera one).

The construction of this adaptor is excellent. The sample I had fitted all my FD lenses perfectly and infinity focus was spot on with 28mm and 50mm lenses (length is more critical with the shorter focal length lens).


Another advantage is that the price of this new adaptor is slightly less than I paid for the series 1 adaptor. The seller is actually the maker (as I understood things) and so you're not just buying something from on-seller. As I've stated on my blog before, I'm a big fan of the free market and supporting that with information to help that along. So like Adam Smith wrote:

By pursuing his own interest he frequently promotes that of the society more effectually than when he really intends to promote it.


So buying a well made product that does the job well at a good price (way lower than a Rayqual) you not only get a better bit of gear, you essentially vote for a business who was among the first to make this kind of product, but also one of the few who keeps trying to make it better (unlike many of the el cheapo eBay sellers).

The mask is certainly not hurting anything.
at 21:07
Share